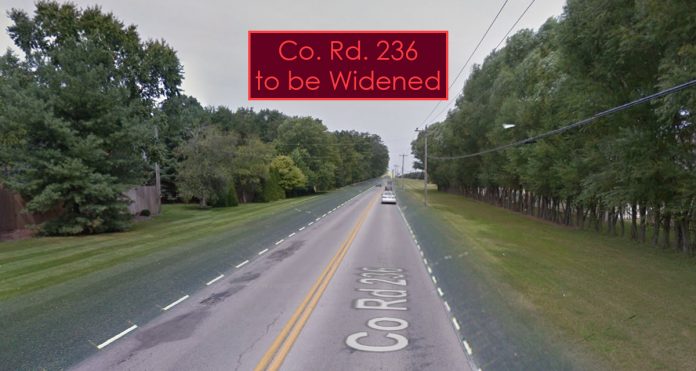 Readers have been asking us why trees are coming down along Co. Rd. 236 between Fox Run & Lakeview subdivisions. This is due to AEP work for safety of the lines. Coincidentally, we spoke with the Street Department, which confirmed that a widening project will begin in the area in about 2 years. A left turn lane from 568 onto 236 was added in 2009.

A June 19, 2017 article by the City of Findlay states, “Construction will also begin later this year to widen both Hancock County Roads 212 and 236 to four lanes to provide an alternative – especially for semi trucks – to avoid downtown….[as] part of an overall city plan.”

The 2015 year end audit for the city also mentions Co. Rd. 236 (page 124 of the .pdf/page 96 of the report), detailing a portion of the road between OH-12 & US-224. That project has already been completed. $700,000 was issued to acquire land along that stretch, and “$3,355,000 was issued for the purpose of improving County Road 236 [between OH-12 & US-224] by widening, constructing, reconstructing, grading, repaving and constructing drainage improvements and related infrastructure with landscaping, traffic control devices, lighting, and other appurtenances relating hereto.” 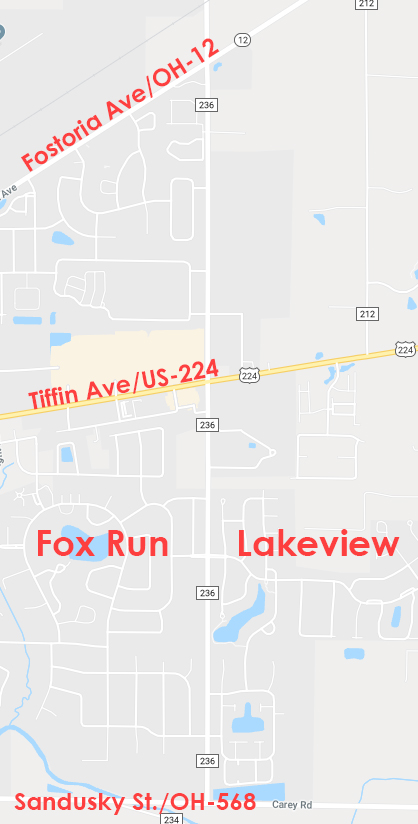