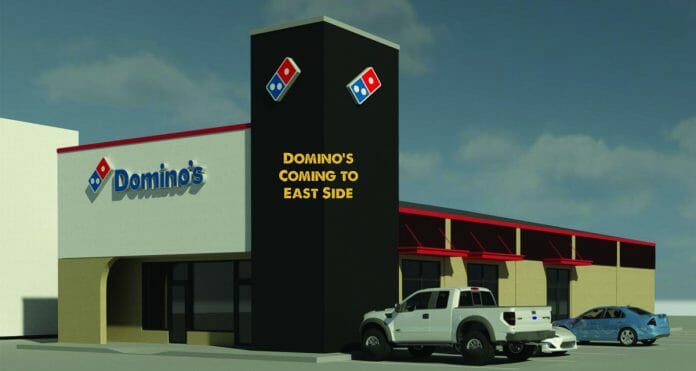 A second Findlay Domino’s location is opening at 1909 Tiffin Avenue in November. This address is currently the site of LoanMax.

The franchise will be owned and operated by Brian Edler. In addition to a dining room, the location will include a small meeting room. An east-side franchise means faster delivery times, and a closer carryout option for the East side of town.

Edler holds the Guinness World Record for “Most Pizzas Made in One Hour.” That number was 206, by the way. That’s 38 pizzas more than the previous record. He set the record on December 9, 2010 during Domino’s 50th anniversary year.