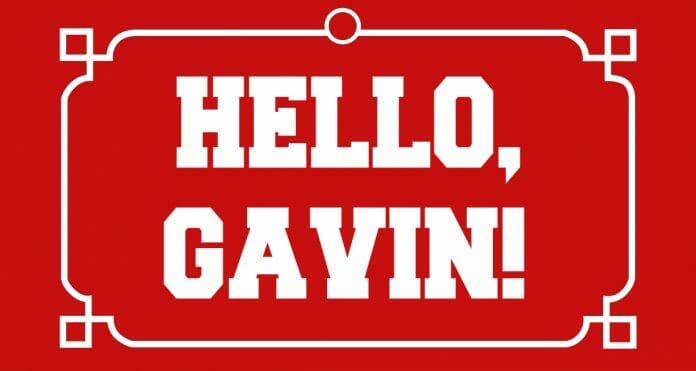 Hometown boy, Gavin Creel, performed to a sell-out crowd at the Marathon Center for the Performing Arts on May 1st. Intended to be about 1.5 hours, the concert lasted nearly 3 hours, as everyone was too caught up in the energy of the evening to notice! Songs included original songs, showtunes, TV theme songs, and putting his own unique twist on some standards, changing the words to make them about Findlay. This was his first performance in town since 2006, back when it was still Central Auditorium. Creel was inaugural inductee to the wall of fame at the MCPA (2017 inductions were held May 25th: article).
FFE opened the evening with their 2016-2017 competition show, complete with 3 audience-wowing costume changes. Later on in the evening, Gavin reminisced that, when he was in FFE in the program’s early days, they were lucky to have 1 costume. For the high school group, this show came on their busiest week of the year: leading up to their big annual Cabaret weekend, and leading up to exam time for students. Nevertheless, the adrenaline was high, and the audience was on their feet after the 20-minute non-stop performance.
Gavin brought 4 other musicians along with him, including 2 who currently play with the orchestra of Hello, Dolly! on Broadway. The drummer utilized FFE’s Boingers’ drum kit for the night, adding to the homey feeling of the night. At his 2006 show, Gavin performed with Robbie Roth, his co-writer on many songs. Robbie came down for Toronto again for this evening , bringing with him his 5-year-old son, who also got up and sang back-up vocals with Gavin for one tune.
Going back to his elementary school days, Creel reminisced about music classes at Jacob’s. The memories couldn’t be complete without singing ‘Fifty Nifty United States’. Little did the audience expect a request for a brave volunteer to race him through the song. The challenge was accepted by Debbie Dubocq, who joined him onstage for a speedy duet!
One final surprise guest was in store for the crowd. Findlay High School choir and FFE director, Kevin Manley, managed to keep the secret from all his students for months that he would sing with Gavin at the concert. There were many emotional tears from current and past students as he took his place next to Gavin, who took voice lessons from Manley years ago. The two sang the duet, “Lily’s Eyes” from the musical, The Secret Garden.
A fundraising reception followed the concert at Dietsch’s, home of Gavin’s (and so many others’) beloved chocolate-covered pretzels.
If the concert itself wasn’t invigorating enough, the very next morning saw the 2017 Tony nominations were announced. The list includes Creel, for his role as Cornelius Hackl in Hello, Dolly! Fingers crossed third time’s a charm (previous nominations for roles in Thoroughly Modern Millie and Hair)!
For those of you Broadway and Gavin fans, the new cast’s recording of Hello, Dolly! is available now on Amazon, and also on Spotify. There are tons of great reviews out there mentioning Gavin’s performance, but we like NPR’s (here) and BroadwayWorld.com’s a lot:

Taking on Cornelius Hackl, Gavin Creel is spellbinding on “Put on Your Sunday Clothes,” “Dancing,” and “It Only Takes a Moment.” Creel sings with deft charm, and leaves listeners swooning. His voice is magnanimous and resplendent on each track he appears on.