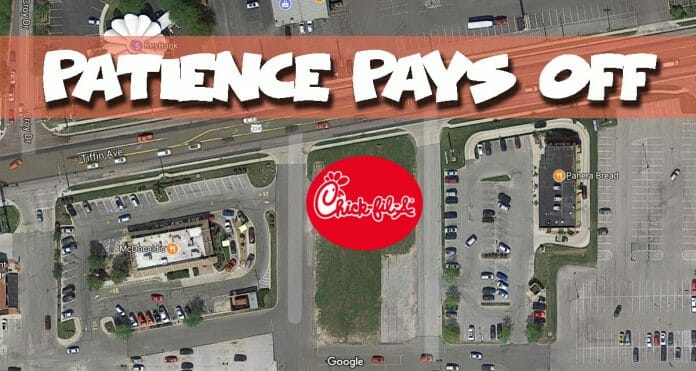 The ‘Chick-find-lay‘ Facebook page has been around since January, 2015, full of advocates who believed Findlay needed its very own Chick-fil-A restaurant. After 2.5 years of waiting, their wish – and that of many other locals – is finally in the process of coming true!
The fast food restaurant’s plans were approved by the City Planning Commission on October 12th 2017.

The local franchise, owned by Paul Hadde, will be located at 1931 Tiffin Ave., between McDonald’s and Panera. It will have a double drive thru, a children’s play area, indoor seating for 122, and outdoor seating for 18. It is scheduled to open in late summer (September) 2018.

They are currently taking applications! Keep up with their progress and information by following the local franchise Facebook page.