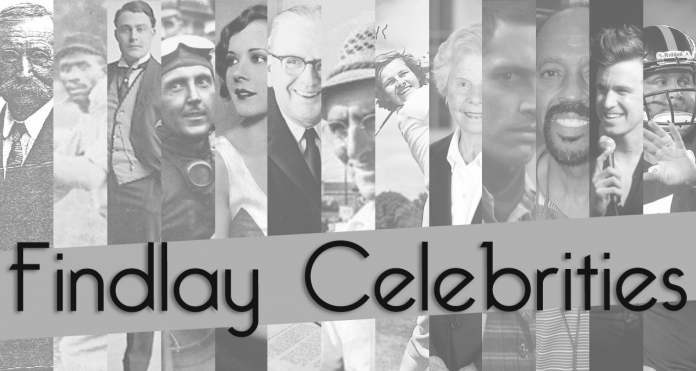 Findlay has a number of celebrities in its past who have made major contributions to the worlds of sports, entertainment, and industry. Special thanks to Doug Berger’s original article, from which we compiled a list of some you are most likely to have heard of. 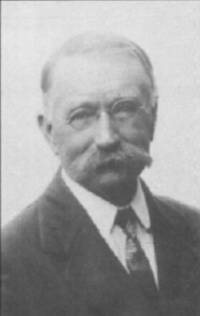 Invented the Buckeye Traction Ditcher in 1894 that helped quickly drain the Great Black Swamp in Northwest Ohio and large parts of Florida, Louisiana, as well as many wet areas in the rest of the world. One improvement Hill made in his ditcher machine, in 1907, when having problems with mud in Louisiana, was developing a continuous track (aka ‘tank’ tread) one sees on various construction vehicles today. Hill also invented a variety of corn that could grow in wet places like Louisiana. The Buckeye Traction Ditcher was produced in Findlay until 1970. Hill lived in Findlay for many years. He is buried in Maple Grove Cemetery. 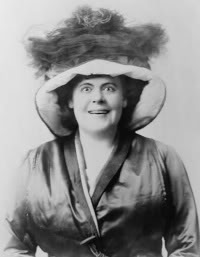 An actress during the golden age of Hollywood, Dressler also appeared on Broadway and in vaudeville. She won a Best Actress Oscar in 1931 for the movie “Min and Bill.” She lived in Findlay as a child and teenager. 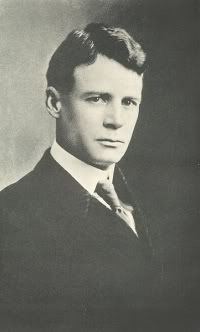 He discovered the bacterium that causes Rocky Mountain spotted fever and was one of the researchers who found out that the same bacterium led to epidemic typhus. He died from typhus during his research in Mexico. The science community named a taxonomic family (Rickettsiaceae) and an order (Rickettsiales) after him.  Ricketts was born in Findlay. 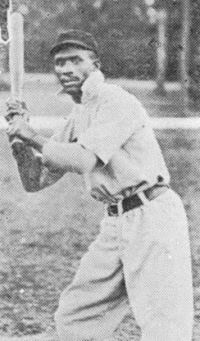 Played in the Negro Leagues from 1894 to 1932. Johnson first played for the Findlay Sluggers in 1894 and hit a reported 60 homeruns. He also made stops with Cuban X-Giants, Philadelphia Giants, and Brooklyn Royal Giants. Johnson was born in Findlay. 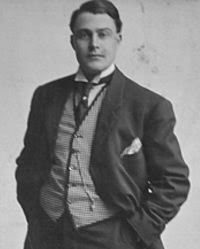 Born near Vanlue, Taylor wrote the famous Tin Pan Alley song “Down by the Old Mill Stream” about the Blanchard River that runs through Findlay and Hancock county. 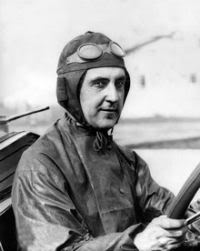 Won the first Indy 500 in 1911 with the #32 Marmon “Wasp” that included the world’s first rear view mirror. Harroun lived in Findlay as a youth. His parents are buried in Findlay. 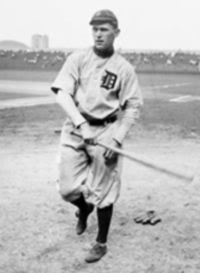 Major League Baseball player who played 83 games in the Detroit Tigers outfield in 1911 beside Ty Cobb. Drake grew up in Findlay. His father was manager of the Findlay Sluggers in the 1890’s. With the Tigers, he hit for a .279 average in 315 at bats, had 9 triples and 20 stolen bases. He worked for 30 years for Marathon Oil. 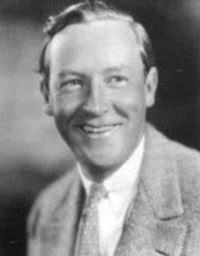 Known for directing low budget horror movies like Son of Frankenstein (1939) and Captain Kidd (1945), Lee received a star on the Hollywood Walk of Fame in 1960. Lee was born in Findlay. 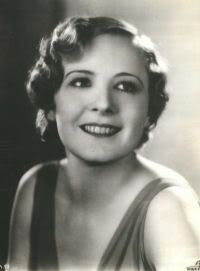 Was one of the most popular Broadway musical stars of the 1920s and early 1930s. She was an accomplished tap dancer, singer and actress, but it was the combination of these talents that endeared her to audiences. She worked for famed Broadway producers Lee Shubert and Florenz Ziegfeld who made her a star after she performed in his Ziegfeld Follies. She also danced with Fred Astaire in 1930. Miller, in her youth, lived for many years in Findlay while with her family’s vaudeville act the “Five Columbians.” 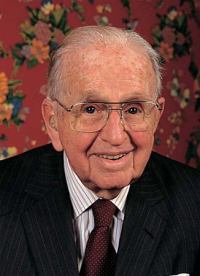 Minister and author of the book “The Power of Positive Thinking.” Peale lived in Findlay when his father was pastor of the First Methodist Church from 1916 to 1919, and later superintendent of the old Findlay District of the denomination. Dr. Peale worked as a reporter for the Findlay Morning Republican newspaper in 1920 before going into the ministry. 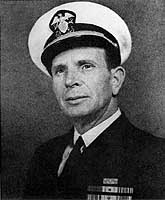 When his ship was hit in battle Commander Gary risked his life to save many fellow crew members. Gary was born in Findlay. 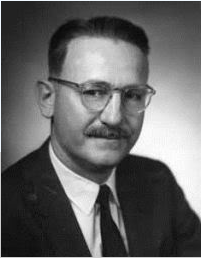 Invented the radio frequency mass spectrometer in 1955, a device that measures the mass of ions. In the 1930’s Bennett pioneered studies in plasma physics–the study of gases ionized by high-voltage electricity. Bennett was born in Findlay. 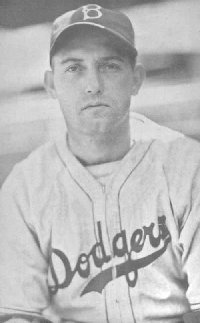 Was a pitcher for the Brooklyn Dodgers and Chicago Cubs from 1938 to 1942. Presnell was born and buried in Findlay. 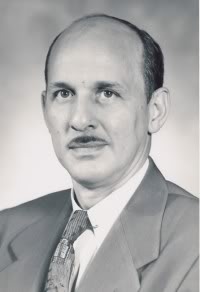 Leading mid-twentieth century writer on business management theory and a consultant for US’s largest business organizations. His seminal book, Principles of Management (1955) with Cyril J. O’Donnell, sold around two million copies and has been translated into 15 languages. Koontz was born in Findlay. 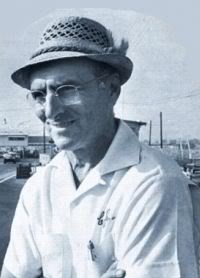 Opened first commercial drag strip in Southern California (the Santa Ana Dragstrip) in 1950 to give hot rods a place to race legally. He developed the first rules for drag racing and established the ‘quarter-mile’ as a standard race distance. Hart was born in Findlay. 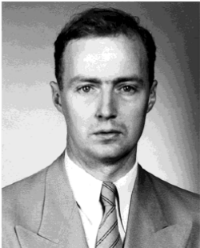 May not be well known to the general public, but Purdy’s writing influenced a number of writers and literary figures over the decades from Dorothy Parker and Gore Vidal to Jonathan Franzen. Purdy won two Guggenheim Fellowships (1958 and 1962) and was nominated for the 1985 PEN/Faulkner Award. He lived in Findlay in his younger days and graduated from Findlay High in 1932.

Early member of the Ladies Professional Golf Association (LPGA) and renowned golf instructor. Bell won winning three Ohio Amateurs and the 1949 Titleholders Championship and North and South Women’s Amateur. She was also a member of the 1950 U.S. Curtis Cup team before turning professional. Bell was born in Findlay. 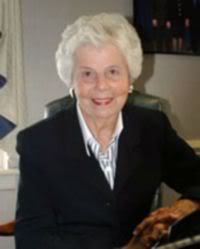 Selected as the first woman speaker of the Ohio House of Representatives in 1995, Davidson served 20 years in the Ohio House and is active in the National Republican Party. She was born in Findlay. 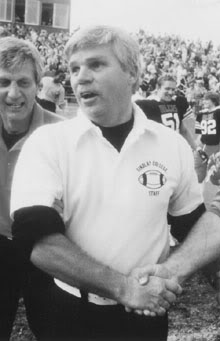 Graduated from Findlay High School in 1954. Best known for rolls in ‘Phantom of the Opera’, ‘Evita’, and ‘1776’ on Broadway as well as many roles off-Broadway and in touring companies. Has also appeared in movies and as a guest on various TV shows like “Law and Order” and ‘Wonder Woman.’ Father of actor Jon Cryer from CBS’ “Two and Half Men.” 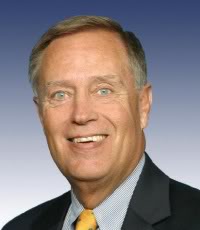 Republican member of the U.S. Congress from the 4th congressional district of Ohio (1981-2007). He served as the chairman of the Committee on Financial Services, and was House sponsor of the Sarbanes-Oxley Act of 2002, which provided for oversight of public companies to prevent fraud. Oxley also worked as an FBI agent before going into politics. 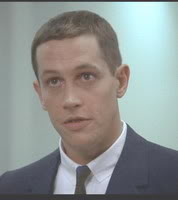 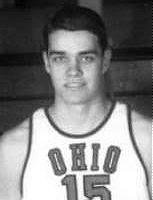 Twice named first team All-Buckeye Conference, was Ohio Player of the Year 1965-66, and was named Buckeye Conference MVP. He remains among FHS’s all-time leaders in career, season and game scoring. Sorenson played for Ohio State and led in scoring and rebounding as a junior and as a senior.  He helped the Buckeyes win the 1968 Big Ten championship and hit the game-winning basket against Kentucky that sent the Buckeyes into the 1968 NCAA Final Four. Sorenson played for the Cleveland Cavaliers and Philadelphia 76ers of the NBA.

Led Indiana University to their first and so far only Rose Bowl in 1968. He holds many records for the quarter back position at IU and is still a legend to IU fans. Gonso was born in Findlay and graduated from Findlay High School. 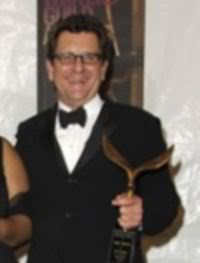 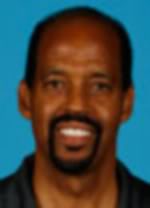 aka the “Findlay Flyer,” was one of the leading dirt-track racers from the mid-1970s through the 1990s. In all, No. 42 won a total of 23 AMA Nationals during his 26-year professional racing career. He finished ranked in the top-10 a remarkable 17 times. Morehead became a fan favorite and was one of the oldest riders on the professional dirt-track circuit when he retired. Morehead was born in Findlay. 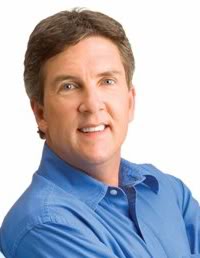 Co-host, along with Shari Hiller, of the long running HGTV show “Room by Room,” and currently “Around The House with Matt and Shari” on PBS. Fox was born in and grew up in Findlay. 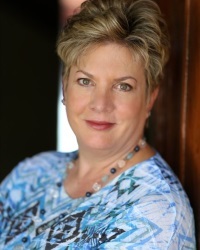 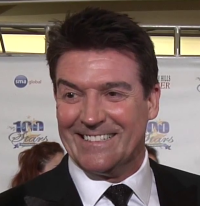 Star punter for Northwestern University. Kidd was active in the NFL from 1984-1998. The highest-selected punter in Buffalo Bills history, Kidd also played for the San Diego Chargers, Miami Dolphins, Detroit Lions, and New York Jets. He graduated from Findlay High School – Class of 1980, and was a star punter, quarterback, and basketball player for FHS. 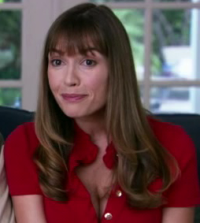 Guest starred on many TV shows such as “NCIS,” “CSI,” “JAG,” “That 70’s Show,” and “Buffy the Vampire Slayer.” Miller played Lydia Karenin Cassadine #2 on General Hospital in 2003. She was born in Findlay

Winner of the Tony, Olivier, Drama Desk, Outer Critics Circle, and WhatsOnStage Awards for Best Actor or Featured Actor In A Musical, Gavin Creel is currently starring in the Broadway production of Hello Dolly in the role of Cornelius Hackl, alongside Bette Midler and David Hyde Pierce. His first big part was the male lead Jimmy Smith in “Thoroughly Modern Millie,” which led to a Tony nomination for Best Actor (Musical). He got another Tony nomination for his role in the revival of “Hair” in 2009. Creel has released the albums “GoodTimeNation,” “Quiet,” and “Get Out” and the single “Noise.” 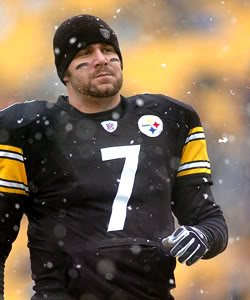 Led Pittsburgh Steelers to 15-1 regular season record as a rookie in 2004. He helped the Steelers win Super Bowl XL after the 2005 season and Super Bowl XLIII in 2009. Roethlisberger first played quarterback as a senior in high school at Findlay High and finished 2nd in the 1999 Ohio Mr. Football award with over 4,000 yards and 54 touchdowns as a senior. Because he is 6′ 5″ tall, his nickname is “Big Ben.” In 2011, he had the Steelers change his hometown in their media guide to “Corey Rawson,” Ohio–a place that doesn’t exist. Some believe he did this after Findlay residents criticized him during his personal off-the-field issues in 2010. 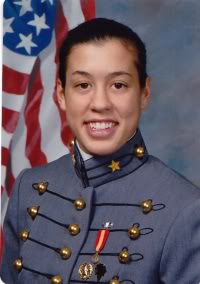 Resigned from West Point in 2010 in protest of the military’s “Don’t Ask Don’t Tell” policy. She resigned rather than lie to continue her military career. She was ranked 17th in her class at the time. Her story made national news which included being a guest of singer Lady Gaga at the MTV video music awards on September 12th 2010. Graduated from Findlay High School – class of 2008.

Which of these Findlay celebrities are you most familiar with? Did we miss anyone? Comment below.